Röyksopp´s Top 5 “Leave It To The Pros”:

Cunning list, huh? Ok, let me explain what we´ve done here. This is a Top 5 where we merely suggest that certain domains ought to be reserved & left alone for the experts among us. We have for obvious reasons chosen to leave out the most apparent “Leave It To The Pros” people & scenarios – as we all know it is best to leave brain surgery in the capable hands of a doctor and let teachers do the tutoring etc. In this list we´ve rather focused on things & concepts that might appear to be simple to master, but really they aren´t. Tag along and explore…

5. Pillowfights (as foreplay) – “Fun for 5 seconds (just enough time to get in one punch each) then the novelty wears off. Only works in movies – ´cause getting a few kilos of goose-feathers in your nose isn´t really sexy nor fun, now is it? Although the idea of a pillowfight between two playful lovers might seem attractive, it doesn´t really work in real life. We say leave it to the pros, namely actors in Romcoms & other places of make believe.”

4. Stardom – “Without being too prejudice, we believe the world has seen enough of common man´s attempt at portraying himself as famous. Ok, before you start sending us hate-mail, know this: we do not consider ourselves famous. When we now discuss stardom, we´re talking the Michael Jackson, Elton John, Madonna-league. So, with that in mind, please hear us out. We believe the celebrity/diva-behavior ought to be reserved for those who live it and can afford it, and shouldn´t be tempered with by us mortal beings. Here´s the deal: you don´t become a celebrity because you put on some shades & a tan. Let the pros have their accessory dogs & debauchery – they will always deliver and beat you in terms of ecxess & eccentricity.”

3. Beatboxing – “A classic example of self deception. The way we all experience sounds (in our own heads) created with our own mouths, is different to how our surroundings experience them. Remember the first time you heard your voice on tape? Exactly. So back to beatboxing. What you believe is your perfect rendition of Rahzel or a “phatt beat” is very likely to sound more like the glottal spittings of a man choking on potatoes to the rest of us. We´ll be blunt: You´re either it, or simply s#!t – there´s nothing in between, leave it to pros.”

2. Wine expertise – “The non-pro connoisseur comes in two forms: Those who think they´re experts, and those who pretend to be experts, but know they´re just faking. Just because you´ve read the label on the back of a wine bottle and picked up a few lines on the subject, you´re not really an expert. So instead of preaching the little information you might have on wine, we suggest you do like the rest of us – don´t talk about it, but simply enjoy the wine. Drink up and talk about something else. It can be both annoying & embarasing to sit next to someone who claims & sees himself as being a wine-connoisseur – with all the talk about the taste of soil, the hint of tobacco, elements of licorice etc. Especially considering that cheating in wine expertise is also quite easy. As far as wine flavors go, only your imagination sets the limits. It´s a bit like the “Emperor´s new clothes” really. Nobody wants to challenge the “master” and come across a the inept ignoramus. “There´s an aftertaste of bat-piss, you say? Oh yes… you´re absolutely right!” The impostor is free to roam. Deliberately or not. Knowing or not. Since practically nobody bothers to read up on wine flavors, the likelihood of being unmasked as fake, is slim.”

1. Racial jokes – “A true minefield. Even writing it makes me tremble. There are many people out there who see themselves as funny people, people with a sense of humor. Some of them might even have a liking for telling sinister and dark jokes with hints of ethnic slur. The wise amongst them tell their jokes in small circuits amongst friends, whom might laugh ´cause they know you, and know that you don´t have fascist sympathies. But taking the material out to strangers can be hazardous. One minor slip-up and you´ll look like an utmost disrespectful moron. We say leave it to true comedy geniuses like Ricky Gervais or Eddie Murphy – in his “Raw/Delirious”-period, mind” 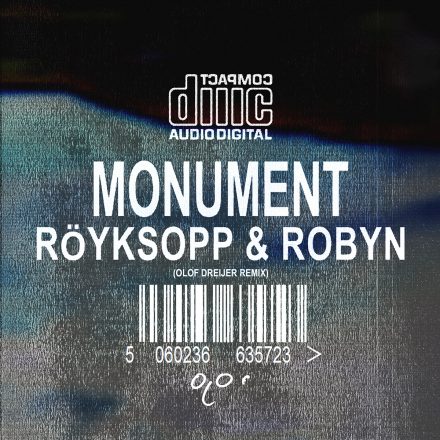