US Dates approaching… Get your tickets now!

The band finished their European Tour off in style at London's Sheperds Bush Empire, next week they touch down in LA for a whirlwind tour… More

And the winners are…

Finally Svein and Torbjørn’s final selections for the the winners of the Tricky Tricky Remix competition can be revealed! Each winner receives a copy of Ableton Live LE and will be released as an official Röyksopp remix!

More details on the release soon! Watch this space, or sign up as a member to receive the newsletter.

The winners will be contacted through Soundcloud, so keep an eye on that inbox!

France: Days Off remix by Days Off

"If you were to die tomorrow, how would you spend your final day on Earth? Exploding into heaven this month is Royksopp’s Torbjørn Brundtland." Read… More

"From the moment they took to their raised platforms centre stage, behind keyboards, computers and drums, amid a sea of dry ice that eventually cleared… More

Our touring days in Europe for 2009 is coming to an end. Last night we played a fun & sweaty gig in London, UK -… More

"Röyksopp play a blistering sold-out show at the Shepherds Bush Empire in West London with a little help from Robyn and Anneli Drecker." See the… More

Nick Grimshaw will be interviewing Svein and Torbjorn tonight at 10.30pm GMT on BBC Radio 1! Tune in online here. More

…we played a concert in Köln, Germany (Cologne). To those who attended the gig, we had a fantastic time there together with you! After the main event, after the third encore had finished, we could hear you all shouting for more. But alas, the in-house music was suddenly put on, together with houselights, without our consent. At this point it was too late for us to go and do another song for you. We appologize for this – you were clearly an energetic & “pumped” audience that deserved more! We’ll make it up to you next time!
Best,
Señor B & Señor B 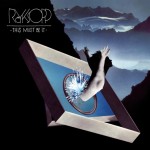 Featuring the unmistakable vocals of fellow Scandinavian Karin Dreijer Andersson (The Knife, Fever Ray), This Must Be It is the latest single to be lifted from Röyksopp’s highly acclaimed ‘Junior’ album! The single is available as a digital download and 12″ vinyl:

Listen & Buy ‘This Must Be It’

What Else Is There? (ARTBAT Remix)