A big THANK YOU to everyone who entered the Tricky Tricky Remix Competition, sorry for the delay, we received hundreds of mixes (849 to be exact!). Those 849 have been narrowed down to 3 or 4 from each country, Svein & Torbjørn will be announcing the final winners for each country and the overall winners on the 9th November.

Click on your flag below to hear the shortlist for each country.

‘This Must Be It’ Remix bundle on Beatport

'This Must Be It' is Cerys' video of the week on BBC 6 Music! She is interviewing Andreas & Filip Nilsson today: http://www.bbc.co.uk/6music More

New remix of ‘This Must Be It’ by Pete Herbert!

New remix of 'This Must Be It' by Pete Herbert! Single out 2nd Nov - take a listen here: http://www.sluttyfringe.com/site/2009/10/fjord-escort/ More

The Tricky Tricky Remix competition has come to a close... Listen to the mixes from your country: A big thank you to everyone who has… More

Join Runar for some odd goings-on in the new video for ‘This Must Be It’ courtesy of Filip and Andreas Nilsson. The single is out on November 2nd.

This Could Be Thin White Duke Mix?

New Remix of This Must Be It by Stuart Price aka The Thin White Duke. The single is due to be released on the 2nd… More

New Video! This Must Be It

Join Runar for some weird goings-on in the new video for This Must Be It courtesy of Filip and Andreas Nilsson here: 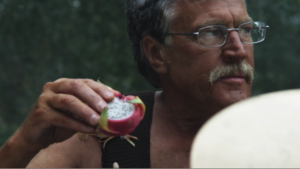 Like this? Check out the From The Journeys Of Röyksopp also directed by Andreas Nilsson.

An Introduction to a video

Once in a while one gets a sense of disbelief.

“After all this, there is only one way to live for me now. I am going out there to be like them.”
“You’re really going? Just like that?”
“If not now, when?”
“Hmm. Lets talk in a few days.”
“Not possible. They don’t allow cellphones.”

When, three weeks ago, Runar entered the auditioning room, I knew something like this would happen. Now, before we jump to conclusions, let’s remember that any conversion following the newly-brewed manifest is a small price to pay. After all, Runar is just as an actor, and the “story” above is just a lie.

Now, for real, about the paragraph above – the things that are true:
– Disbelief/Ways to live
– Runar auditioning
– Manifest

And just in case there’s some confusion, here is a small Q&A with Runar