Remix Robyn & Röyksopp’s ‘None Of Dem’

For Beatport’s next remix contest, Robyn is offering producers parts to ‘None Of Dem’, her collaboration with Röyksopp from her ‘Body Talk Pt 1’ album.… More


Warning: Use of undefined constant is_single - assumed 'is_single' (this will throw an Error in a future version of PHP) in /home/customer/www/royksopp.com/public_html/wp-content/themes/royksopp/index.php on line 69

… not much to say about that other than “sun & fun”; you know the drill…;)
While we’re waiting for the night to fall, we entertain ourselves with this:

Röyksopp on the White Isle!

Svein and Torbjørn will be making a very special guest DJ appearance at Pacha Ibiza on Friday 11th June alongside Sander Kleinenberg and Lottie! Tickets… More

Track Of The Month June ‘Happy Up Here (Instrumental)’

Life is smiling on us! Summer is sneaking into our hearts. Thanks for all the comments. We read all of them, and even if we can’t reply directly to each comment, we consider everything you say. Without giving too much away right now, we can tell you that some of the repeated requests will be answered positively…

So… Regarding the release of Senior. As you correctly have noted, we promised you a release this April. We would like to start by apologizing for any false expectations this statement created. We love you, and we would never purposely misinform you. You see, instead of the release actually happening in April, a lot of other things happened.

Long story short, the toppling of the record industry finally rippled its way into our universe. As you all know, record companies have been having an “interesting” time lately, to say the least. Because of this, to ensure the best possible release scenario for Senior, we have gone through many changes on exactly who we’re releasing it with.

But now it’s all come together.

The album will be released at the end of August. And, even better, for those of you who live in places records are not released on time (and for everyone else too), we will also make the album available here on this website!

All in all, even though the extra wait is boring/ bad/ painful, this should be seen as good news. Senior is a very special release to us, and we would never release it without making sure it was in the best possible hands, when it comes to record companies and distribution. In a way, it’s almost fitting that it being a truly unique album, it would have a difficult start in life.

Röyksopp's new production for Robyn is now available as a download and also available as part of the Body Talk Pt.1 pre-order... Buy None Of… More

Track Of The Month May ‘It’s What I Want (Instrumental)’

Hi Everybody! A new track of the month is up! Enjoy, and check this site out in a few days, we’ll try to explain what is going on with the ‘Senior’ release. In the meantime, here is the Instrumental Version of ‘It’s What I Want’…

None Of Dem is the latest track to be revealed from Robyn’s forthcoming album Body Talk PT 1 (out June 14th), and it’s produced by Röyksopp!!

You can listen to the track in full on Robyn.com. You can also record your own video for the track straight from the website! robyn shows you how its done right here. 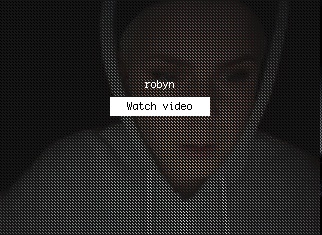 Have you ever heard of… Steve Reich, the composer? Why, of course you have! Well, for some reason unknown to us, we have been experiencing an inexplicable urge to make an edit of one of his tracks, called Electric Counterpoint: III. Fast.

Ok people, we promised you yet another track of the month and here it is! This time around you can get your hands on one of the many edits / unauthorized remixes that we’ve done. This particular track is an enticing instrumental which contains a sample from the song “De Ushuaia a La Quiaca” by Gustavo Santaolalla. As with all edits/reworks we do, this edit has been done with utmost respect for the original composer, and is furthermore a completely non-profit thing – done purely for the love of music.